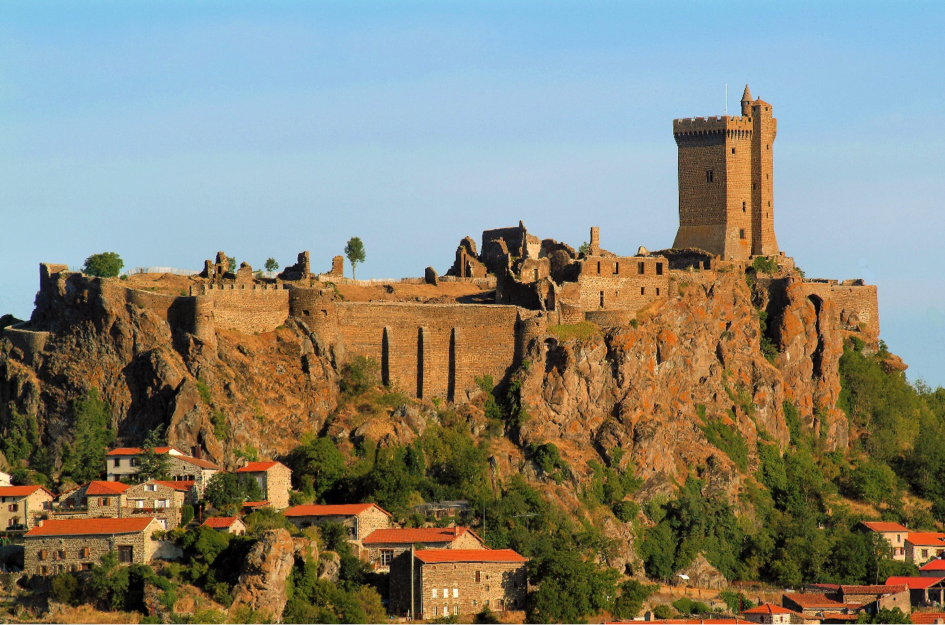 The Fortress of Polignac is rooted in the heritage of the Velay region. This thousand-year-old building has stood the test of time and eras. It remains today the witness of a rich and eventful history.

Located 5 km northwest of the city of  Le Puy-en-Velay, the Fortress stands on a volcanic hillock, surrounded by steep cliffs. The choice of such a site is not trivial, it gives the fortress a first unique element of defense.

This rock results from the meeting between the water which covered the basin of  Le Puy en Velay about 3 million years ago, and the lava resulting from volcanic eruptions.

The stone which constitutes the rock is an easy material to cut, a detail the first lords didn’t miss during the construction of the Fortress.

In the 10th century, the rock housed wooden buildings used to defend the northwest entrance of the city of  Le Puy-en-Velay. It was at the end of the 11th century that the Viscounts Armand took over the place and took the name of the village, Polignac. Little by little the Fortress  rose and remained the allegory of the power of the Lords of Polignac. 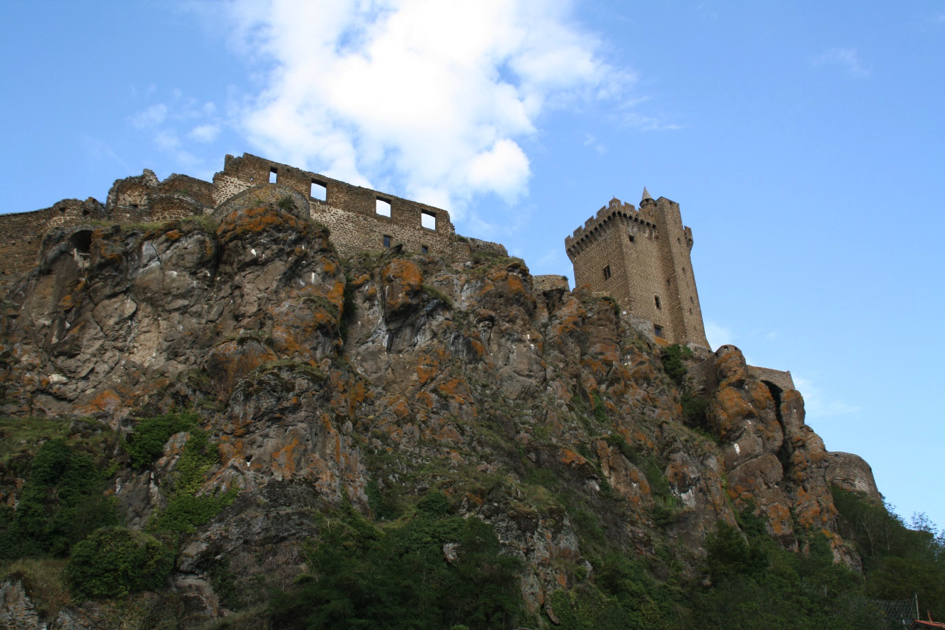 The Fortress has belonged to the Polignac family for almost 1000 years. The various lords marked not only the history of Velay but also the history of France.

Are you wondering what the Fortress looked like in the Middle Ages? Take a look at the model on display at the Hôtel-Dieu of Le Puy-en-Velay: 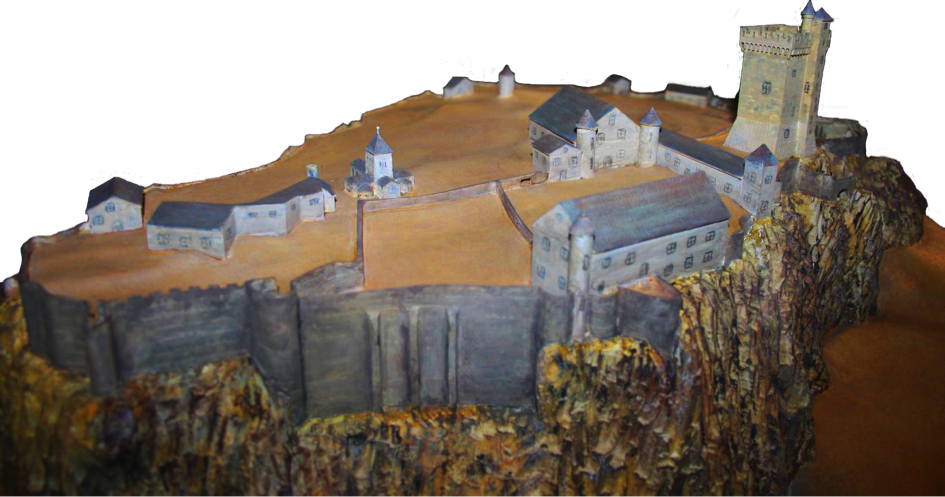 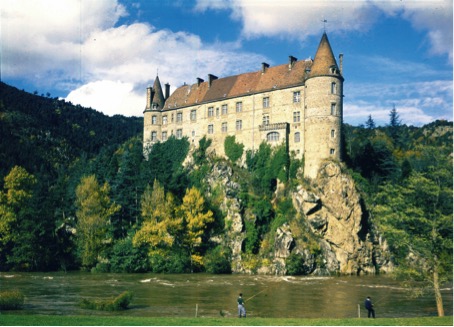 FOCUS ON THE MOST EMBLEMATIC FIGURES OF THE POLIGNAC FAMILY 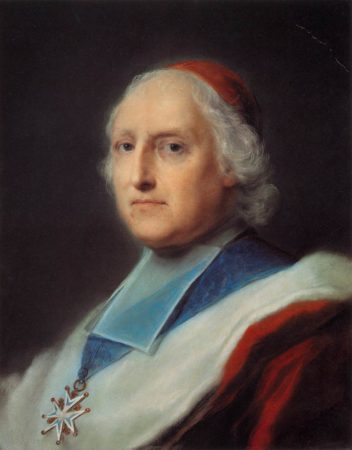 Born in Lavoûte-sur-Loire in 1661, Melchior de Polignac  appears as one of the emblematic figures of the Polignac family. A theology student in Paris, he was quickly noticed thanks to his intelligence and his dazzling social rise. First appointed as Ambassador to Poland by King Louis XIV in 1693, he returned to court in 1701. He wrote a philosophical treatise which would be considered as his life’s work. He was admitted to the Académie Française in 1704.

His title of Cardinal was conferred on him in 1713. 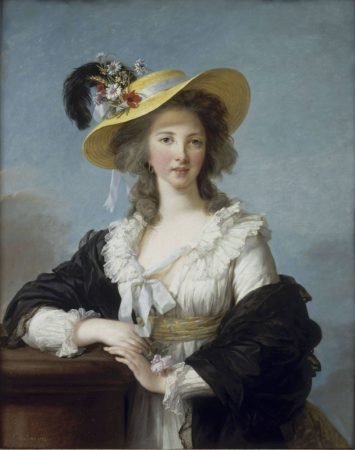 In 1775, invited to a ball given at Versailles, her beauty captivated Queen Marie-Antoinette. Yolande de Polastron became a close friend of the queen and the governess of her children.

Following the revolution, she went into exile in Austria, in Vienna. Sick and devastated by the death of Marie Antoinette, she died in 1793. 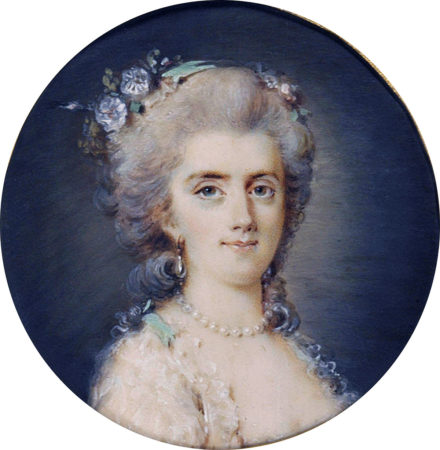 Born in 1882, she was the daughter of Guy de Polignac and Louise Pommery. She married her cousin Henry de Polignac who died in combat in 1915.

After the death of her husband, she devoted her life to helping her neighbor. Thus, she  worked in different hospitals and became president of the French Red Cross of Reims.

During the Second World War, she ran the centers for wounded people in Reims.

She was also the co-founder and president of the national work of the Ossuary of Douaumont.