The commune of Polignac enjoys a certain notoriety thanks to the powerful eponymous family who reigned from the Fortress from the 11th to the 17th century.

In addition, Polignac also keeps traces of an important prehistoric past.

You have to go back 900,000 years to see the first inhabitants of Velay arrive at the same time as the first severe cold period. The environment in which they operate is varied and marked by pronounced volcanic activity, which will condition their settlement. 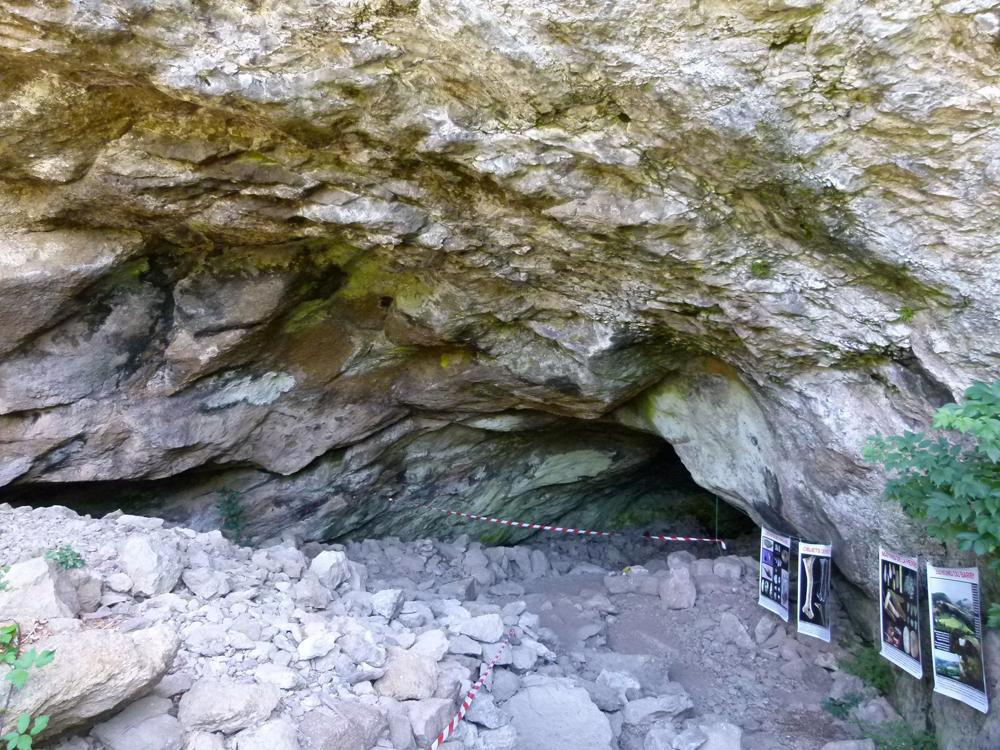 Open on the left bank of the Borne, it comes from a basalt flow from the volcano of Sainte-Anne.

Since 1966, this cave has given rise to archaeological excavations which have brought to light important elements about the life of prehistoric men in the region thanks in particular to art objects but especially thanks to the discovery of the complete skull. of an elderly individual.

Subsequently, it was modern people, the Homo Sapiens Sapiens, who settled in the Velay by going up the Loire, the Allier and their tributaries.